ACM recognizes ITI's Meseguer for contributions to the computing field

In a year in which the Association for Computing Machinery (ACM) received more nominations than ever before, ITI researcher Jose Meseguer earned acknowledgement as a 2020 ACM Fellow for achievements in computing.  ACM is the world’s largest educational and scientific computing society. Only the top 1 percent of ACM Members earn Fellow status for their outstanding accomplishments in computing and information technology and/or outstanding service to ACM and the larger computing community. This year, 95 of the organization’s members, including six former Turing Award winners, were named ACM Fellows.

When Meseguer joined Illinois computer science in 2001, years of experience already afforded the professor a reputation in formal methods 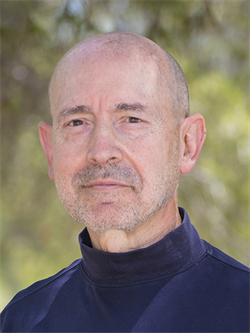 This reputation derived from his ongoing development of rewriting logic and Maude, a high-performance reflective language and system supporting both equational and rewriting logic specification and programming for a wide range of applications.

“Maude, which I began working on and designed with a research team in the mid-1990s, is now widely used and one of the fastest declarative languages for programming. Over the years I have been at Illinois CS, Maude has connected to a number of different application areas.” Meseguer said. “More importantly, I don’t work with Maude – or in other research projects – in an isolated way. Instead, I have enjoyed and prized very much working with colleagues both in the department and around the world.”

Those connections led to several research achievements, which the ACM Fellow recognized as “the development of logical methods for design and verification of computational systems.” Examples that mean the most to Meseguer include:

While recognition as ACM Fellow accounts for all these projects and many more, to Meseguer the honor to Meseguer the honor recognizes not just his work, but that of his students and his many collaborators. These partnerships occurred right here at University of Illinois Urbana-Champaign, but also stretched as far as South America, China, Japan, Korea, and many countries in Europe.

“Without the support of collaborators and the Illinois CS department, none of this would’ve been possible,” Meseguer said. “This is much broader than any one individual, and because of that I’ve led a very charmed life. All of the people I’ve worked with share a passion and a love for research that breeds a high level of excellence.

“And the best thing about these people and these collaborations is that they have led to friendships for life.”