Network Perception grows as does demand for cybersecurity solutions

Earlier this month, a ransomware attack forced the shutdown of a pipeline that delivers 45% of the gasoline and jet fuel supplied to the East Coast, according to NPR. The attack caused public panic, which in turn has led to gas shortages in parts of the country.

The landmark attack – believed to be pe 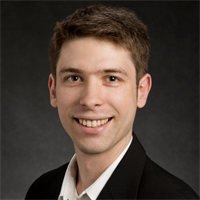 rpetrated by a cyber-criminal gang called DarkSide – demonstrates the vulnerabilities in the nation’s cyber infrastructure, a concern that has driven the growth of a University of Illinois Urbana-Champaign-launched start-up. Since its inception in 2015, Network Perception, has doubled its customer base every year, thanks to the demand for its network security platforms, NP-Live and NP-View.

“One of the greatest risks to our cyber infrastructure is a lack of understanding about how we are vulnerable,” says CEO Robin Berthier, a former research scientist at UIUC. “Companies often operate with limited resources and have a workforce where not everyone is technical. Our company provides a continuous view of a company’s critical networks and access policies.”

Network Perception solutions aim to help protect companies, especially utilities, from cyberattacks. Of the 16 critical infrastructures that enable American life, power is widely considered the most important, as it undergirds many of the other infrastructures. Its importance to the nation’s economy also makes it a primary target for cyberattacks, which are increasingly possible as components such as smart meters go online and provide more opportunities for intrusions.

The demand has helped Network Perception grow from a small office with mostly part-time researchers in Champaign to one that employs more than 20 professionals in a downtown Chicago office, where the company relocated in 2017. The company recently received $2.73 million in seed funding to scale its enterprise in North America and overseas and currently claims more than 100 customers from North America, Europe, and Australia.

NP-Live and NP-View generate a map of all the devices on a network, giving an overview of a company’s security and compliance position. This makes it easier to detect vulnerabilities that can lead to security breaches. NP-Live, which runs on a server instead of a desktop like NP-View, also enables companies to understand in real-time how changes they make to a network may affect its security.  The products help analyze how traffic moves from a trusted zone (e.g., networks that support critical infrastructure) to an untrusted zone (e.g., a corporate network that connects to the Internet).

Just as important, the technology can monitor a network offline, so it doesn’t pose an additional risk to a system, unlike the 2020 SolarWinds hack that compromised organizations from Microsoft to the Dept. of Justice. Hackers used SolarWinds, a network management system, to slip malicious code into software that went undetected for months.

“We want to be an eyewitness to network security without introducing a new attack surface,” Berthier said.

Network Perception came about as a result of work conducted through the Trustworthy Cyber Infrastructure for the Power Grid project, funded from 2009-2015 by the Department of Energy with support from the Department of Homeland Security. An additional grant from DHS helped the research team – which includes ITI Director and ECE Professor David Nicol and former UIUC professor William Sanders, now Dean of Engineering at Carnegie Mellon – transition the technology from academia to the marketplace.

“With the SolarWinds hack and now the pipeline attack, it’s increasingly clear to the public that network security is absolutely critical,” Nicol said. “UIUC has been at the forefront of the research and commercialization efforts that are helping protect our nation’s critical infrastructure for many years.”